Presentation given: 17GDECA_4_Expansion View the summary of Tartu DHC System

Over the years Tartu district heating and cooling system has undergone several changes and technology upgrades, becoming from Soviet time district heating network to well-functioning and efficient district heating and cooling system.
It has been achieved in the alignment of interests between the municipality, customers, end users and DHC company. Tartu’s City Council has strongly supported the deployment of DH in the city, mainly through a comprehensive city planning and DH zoning. User acceptance and customer satisfaction is increasing year by year. Technology and innovation highlights:
• 2009 Tartu combined heat and power (CHP) plant fuelled by biomass and peat was commissioned.
• Between 2009 and 2014 the district heating (DH) system continued expanding, mainly through the acquisition of another local DH system in 2013 in the “Tamme” area.
• In 2014, the development of district cooling (DC) projects started and the first DC plant was commissioned in May 2016, becoming the first DC network in the Baltics and Eastern-Europe.
• In 2015 tailored made DH and DC solution for customer Estonian National Museum.
• In 2016 tailored made full DH and DC solutions for customer Lõunakeskus Tradepark.
• In 2016 automatic smart meter readers installed to 72% of the customers.
Both district heating and cooling networks are expected to continue growing. They are one of the main enablers of Tartu’s environmental strategy.” 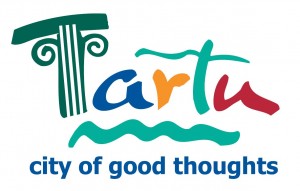