Marafeq Qatar has emerged into the district cooling scene in a big way. What started out in 2009 as a concept master plan in a dusty area north of Qatar’s capital city, Doha, is now a budding skyline of towers in various stages of completion. In five short years from now, the market load in Lusail City is estimated to exceed 100,000 TR (350 MW).
Qatari Diar, Qatar’s sovereign wealth fund, created Marafeq Qatar to provide district cooling, central gas supply and waste management (traditional and pneumatic) in Lusail City. Initially, Marafeq was coached by consultants experienced with district heating and cooling in Scandinavia and Europe. This guidance influenced Marafeq to embrace the EN 13941 / EN 253 family of standards—a first in the Middle East. The 2008/2009 financial crisis taught a valuable lesson about the risk of building capacity before it is needed—a lesson Marafeq has pledged to avoid. Today (2017), the network is commissioned to the point where the Marina DCP, in the south of Lusail City, and the Wadi modular plant can supply customers in the far north. Commercial operation of the third plant is expected in early 2019. As a recent member of Euroheat & Power, Marafeq will learn from the Euroheat & Power community, foster cooperation among stakeholders within Qatar, and develop a mechanism to transfer European knowledge to members in Qatar, the Gulf Cooperation Council (GCC) countries, and vice versa. 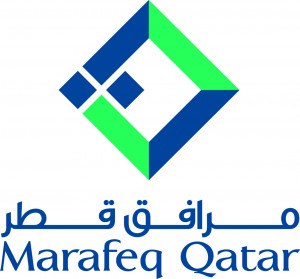