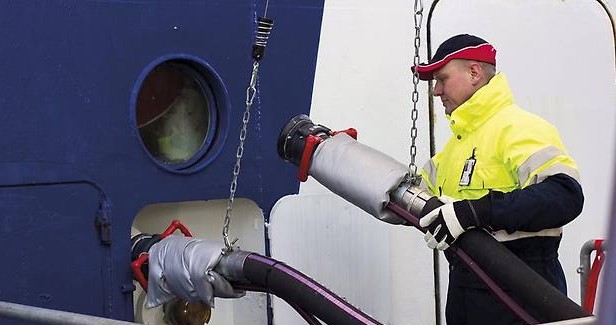 Presentation given: Out Of The Box.Movie
View the Summary District Heating to Ships

The Stena Line-owned passenger ship Stena Danica is the first ship in regular service connected to a district heating grid. Stena Danica has a capacity of 2275 passengers and operates the route Gothenburg – Fredrikshavn 650 times each year. Through a ground-breaking demonstration project, it is now connected to the local DH grid when it arrives to port in Gothenburg instead of being heated by the light oil-fired boilers previously used. It is estimated that the switch from light oil to DH will reduce the CO2 emissions by as much as 500 tonnes per year (-60%). It will also contribute to significantly better air quality in Gothenburg by reducing the levels of SOx and NOx from this ship by more than 90 % annually. Last but not least it will also reduce the levels of noise in the neighbourhood. The challenge of the project was to develop a technical solution that enables daily connections to the district heating grid, which is very different from connecting a stationary building. It is also innovative in the sense that it is a new application for district heating. The project shows that district heating can be used for other purposes than just for Buildings, and in so doing contribute to a low carbon economy and ultimately a greener world. This pioneering demonstration scheme is part of the CELSIUS project, which is funded by the EU’s FP7 programme. It has been carried out in close cooperation between Göteborg Energi, Stena Line and the City of Gothenburg.