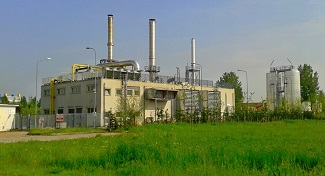 Lodi is an Italian city of 45,000 inhabitants located 25km southeast of Milan. District Heating system has been operating since 2004: although it was originally studied to supply heat to a new neighbourhood that hosts many organisations involved in the ag-biotech sector – including the Faculties of Veterinary and Agricultural Sciences of the University of Milan – it was then redesigned to cover the heat demand of the south-west part of the city. In 2010/11, even if Lodi DH was recently built, the fast-changing scenario in the energy sector with the growing interest in RES made it necessary to reflect on how to maintain an elevated level of environmental and economic sustainability compared to new technologies in competition with DH. It had become necessary a modernization of the system, taking the example of the best practices and evaluating their compatibility with Lodi DH and the territory. The programme was implemented (from 2011 to 2013) with several projects with the common aim of increasing both efficiency and sustainability, including an agreement with a group of entrepreneurs to recover the heat from their biomass CHP located in a farm 2km from Lodi, Demand Side Management of substations and the construction of a heat storage system. The transition to efficiency is now completed: the system is much more efficient, sustainable – and even reliable – than 5y ago, and today the new programme is the expansion of the network to the north and south-east area of the city.