The innovative iRecovery project is the first of its kind in Italy, and now the heat from the steelworks that is normally lost will be caught and exploited to produce electricity and heat for our city of Brescia.
Together Ori Martin steelworks, Tenova (technological engineers), Turboden (turbo-generator manufacturers) and A2A (multiutility and energy supplier), have created a sustainable energy and environmental project that truly integrates industry and the city.
An enormous amount of heat is lost during steel production, so iRecovery will carry this heat to a recovery system that will then generate steam. Initially the steam is stored and then later converted to electric power through an Organic Rankine Cycle turbine, and to thermal power that supplies the Brescia remote heating grid.
It is a totally closed cycle so there isn’t leakages of water.
iRecovery will provide heat to 2000 families in the winter, and in the summer will produce clean electricity able to satisfy the needs of 700 families, in a manner that totally respects the environment and guarantees a reduction of 10,000 tons of CO2 into the atmosphere.
Every year the factory will provide the city with 50 thermal GWh, thanks to a network of 4 companies and to the Pitagoras project promoted by the European Union, combined to make Brescia a real Smart City.
iRecovery: steel heat to heat the city. 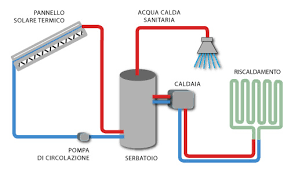