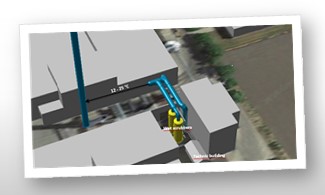 Hamlet Protein A/S and Fjernvarme Horsens A/S have joined forces and made a sustainable project on turning excess heat into district heating by using heat pumps to maximize the resource and lower the environmental impact. The project involves installation of wet scrubbers to collect water and reduce particles from the production process and turn the excess heat in the collected water into district heating by using the heat pumps – the largest heat pump project in Denmark right now. Hamlet Protein A/S is a production company located in the southern part of the city Horsens. The production process emits a large amount of exhaust air, which contains particles and water vapor. The exhaust air from the production is going through an RTO, Regenerative thermal oxidizer, where particles in the air is (are) burned away to minimize odor and the environmental impact from the production plan. Hamlet Protein A/S had a project to minimize water usage from the local waterworks and was keen to collect the water in the exhaust air by installing a wet scrubber after the RTO. The collected water (condensate) from the exhaust air can then be reused in the production after being cooled and cleaned. Fjernvarme Horsens A/S offered to install heat pumps to cool the condensate with the purpose of making district heating.